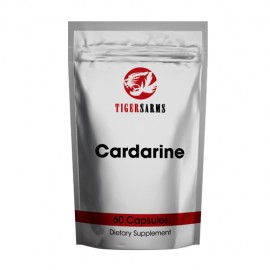 Due to the difficulty of researching with liquids, dosing/crystalization and user feedback.  We have decided to switch to capsule based SARMS.

GW501516 (GW1516 or GSK-516) is a drug that acts as a PPARd modulator. GW 501516 activates AMP-activated protein kinase and stimulates glucose uptake in skeletal muscle tissue, and GW 501516 has been demonstrated to reverse metabolic abnormalities in obese men with pre-diabetic metabolic syndrome, most likely by stimulating fatty acid oxidation. It has been proposed as a potential treatment for obesity and related conditions, especially when used in conjunction with a synergistic compound AICAR, as the combination has been shown to significantly increase exercise endurance in animal studies.

In rats, binding of GW501516 to PPARδ recruits the co activator PGC-1a. The PPARδ/coactivator complex in turn up regulates the expression of proteins involved in energy expenditure.  Furthermore in rats treated with GW501516, increased fatty acid metabolism in skeletal muscle and protection against diet-induced obesity and type II diabetes was observed. In obese rhesus monkeys, GW501516 increased high-density lipoprotein  (HDL) and lowered very-low-density lipoprotein (VLDL).  The mechanism by which PPARδ agonists increase HDL appears to be a result of increased expression of the cholesterol transporter ABCA1.

This article is intended for educational / informational purposes only. THIS PRODUCT IS INTENDED AS A RESEARCH CHEMICAL ONLY. This designation allows the use of research chemicals strictly for in vitro testing and laboratory experimentation only.=

Note: HTML is not translated!